We left our camp at Thakadu on a cold morning last Saturday and drove to Modisa Conservation Project. Val and Mikkel started Modisa in 2010 on a 10,000 hectare wildlife farm located next to Central Kalahari Game Reserve. They take care of "problem" predators, including lions, leopards, and African wild dogs, which have been captured due to human-wildlife conflicts. Val also raised a lioness, called Sirga, by hand after she was abandoned by her mother. Sirga is now two and a half years old. Val and Mikkel establised Modisa in order to raise awareness about conservation and human-wildlife conflicts though a volunteer program in the African savanna. 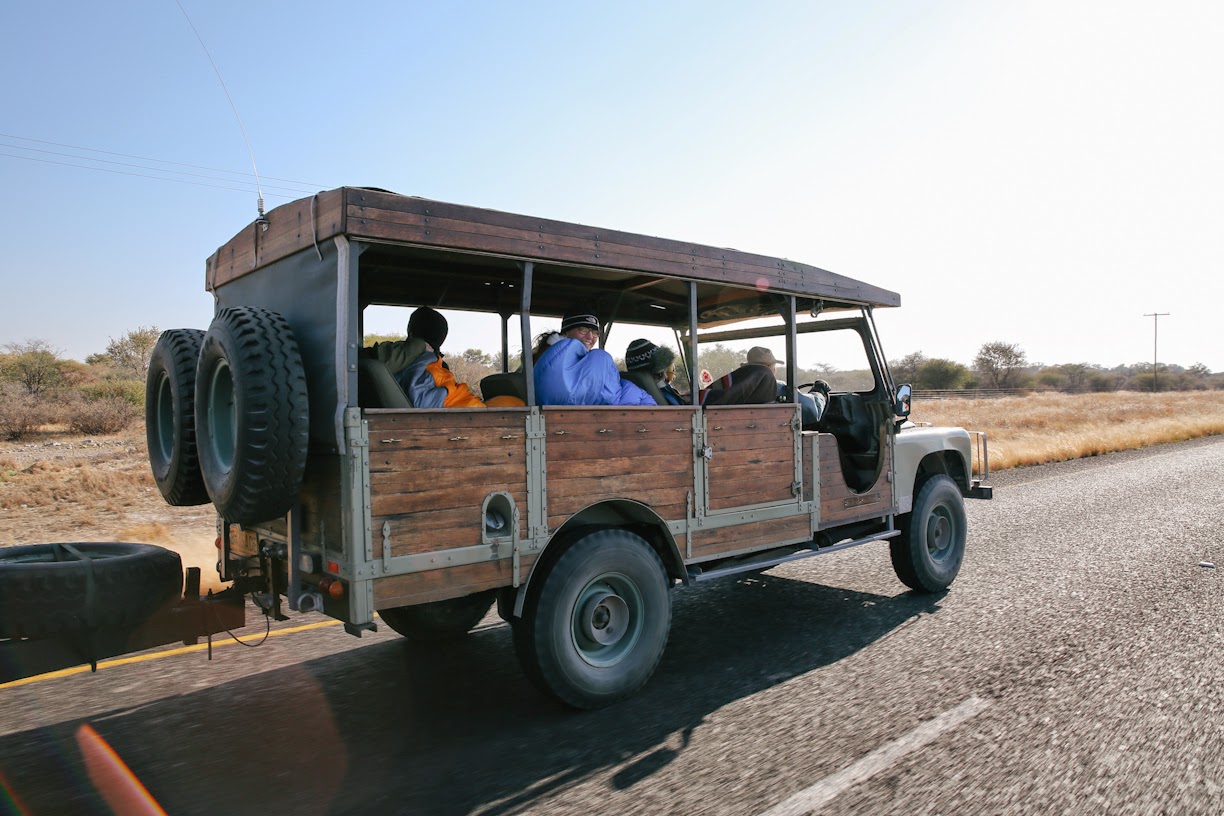 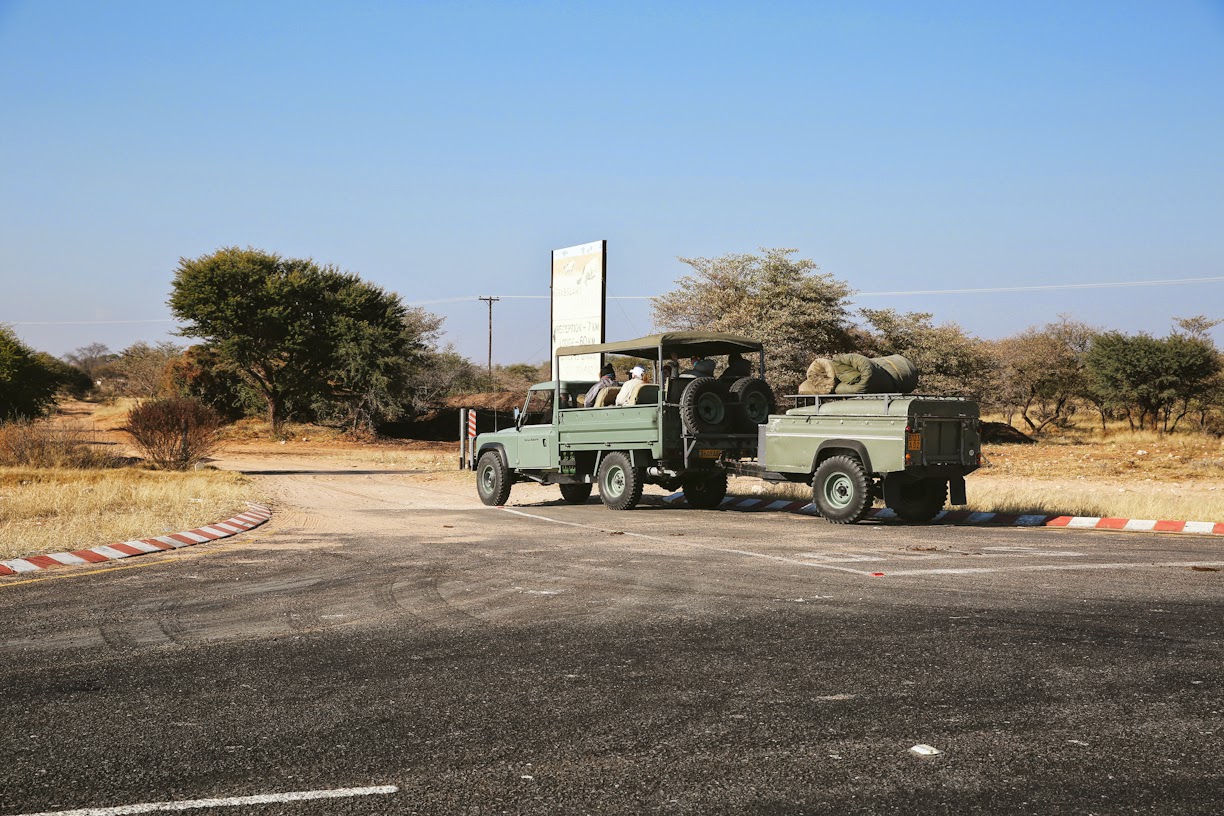 Leaving the paved road behind as we continue on dirt tracks until we got back to Maun yesterday. Watching and taking photos as the lions get fed. 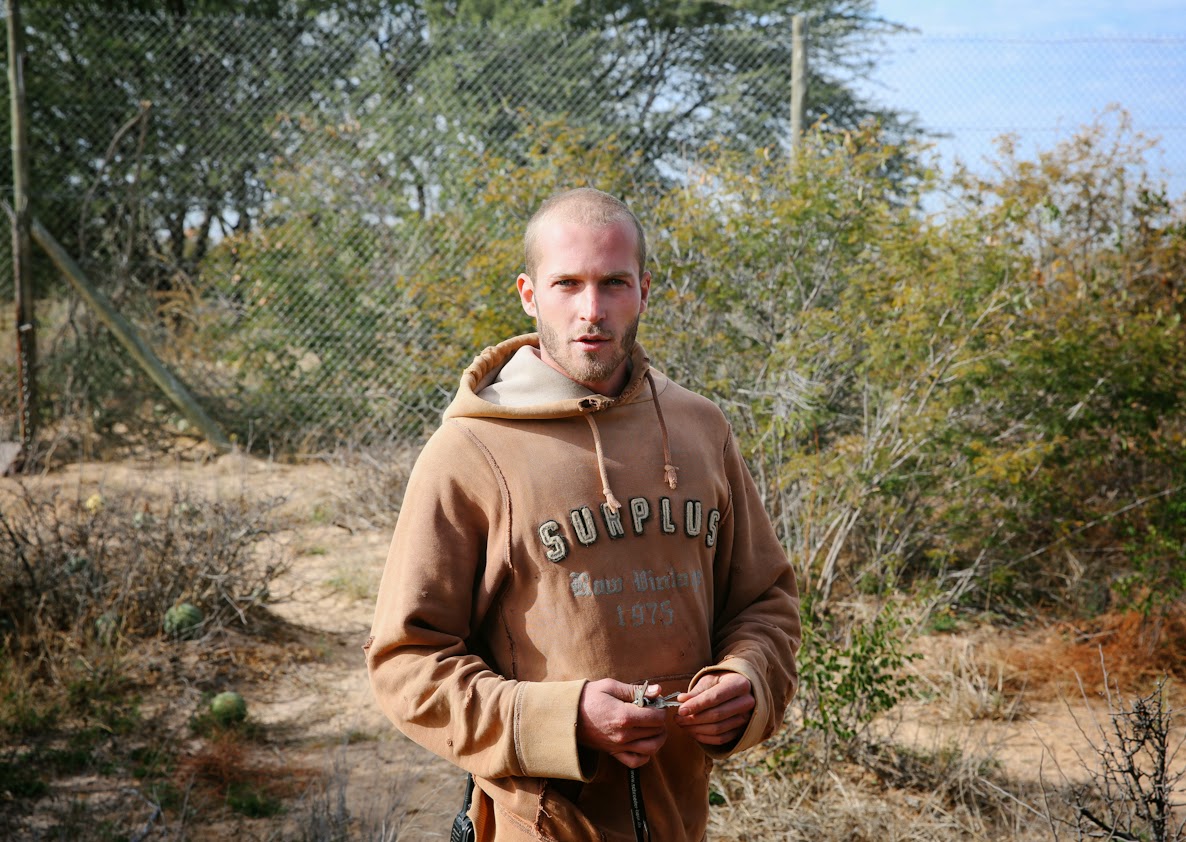 Val explaining how to behave while we watch him walk with Sirga. 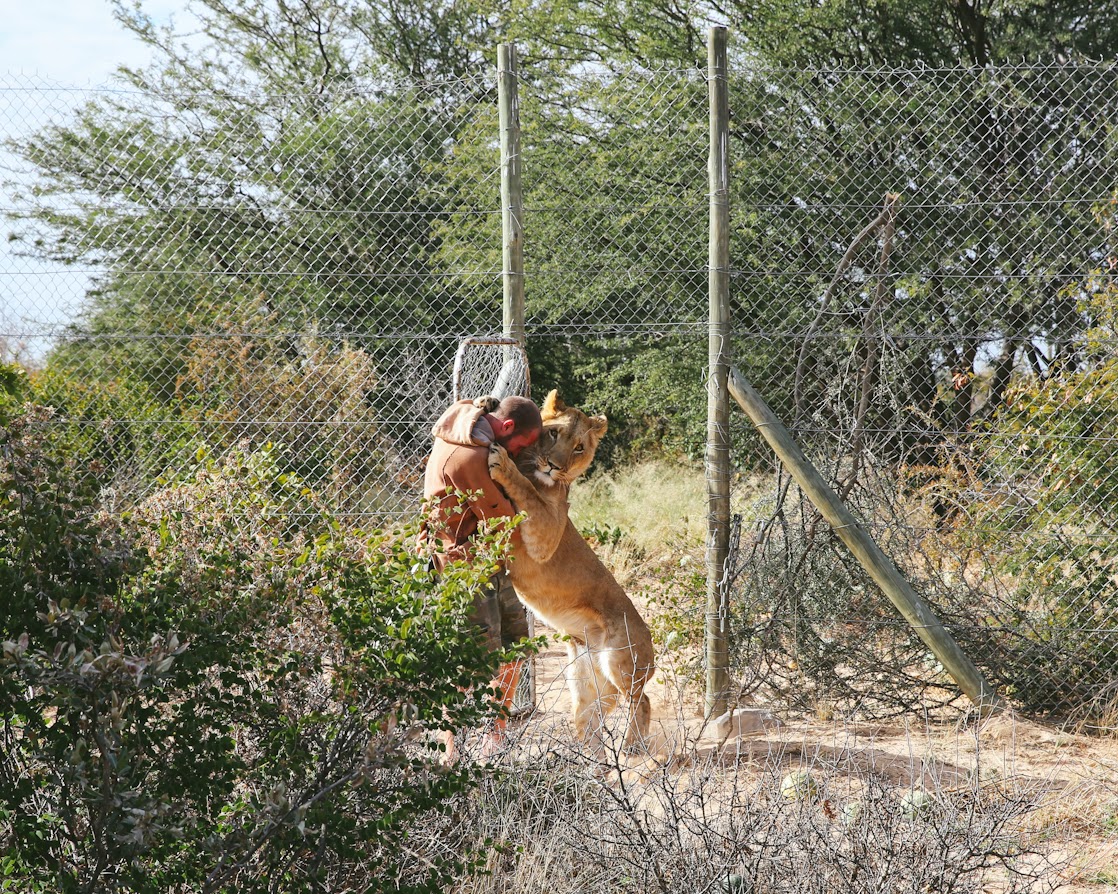 Sirga excited to go for a walk, giving Val a hug. 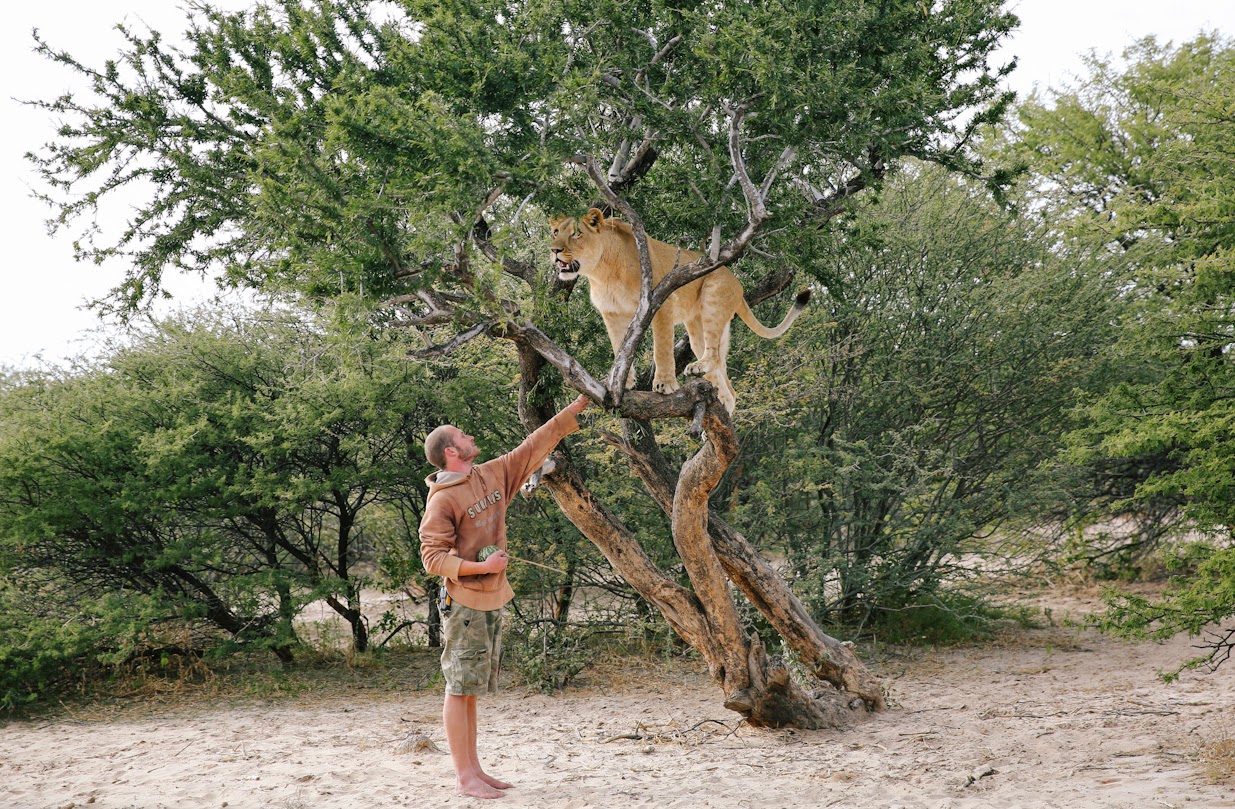 Sirga and Val playing with melons and climbing a tree.
Posted by The Botswana study abroad team at 6:37 AM